Answers To 3 Common Questions About Fluoride

When it comes to protecting your teeth, few substances are as helpful as fluoride. Unfortunately, many people have a negative view of fluoride--simply because they don't understand it's role. If you would like to increase your knowledge of dental health, read on. This article will answer three common questions about fluoride.

Fluoride is a naturally occurring mineral. Released from rocks, it can often be found in soil, air, and water. In fact, fluoride is present to some degree in all water on the planet. While fluoride is poisonous to humans at high doses, in moderate amounts it can have a highly beneficial effect on dental health.

The answer here, based on more than a half-century of research, is a resounding yes. Regularly exposing the teeth to safe levels of fluoride--whether through drinking water, toothpaste, or mouth rinse--has a wealth of benefits. By strengthening the enamel on the outside of your teeth, fluoride results in:

In fact, it has been estimated that fluoridated drinking water alone is capable of reducing the likelihood of decay by as much as 40%. Fluoride is especially important for children. Not only does it help to protect their baby teeth from bacteria, acid, and decay, but it also acts to strengthen the permanent teeth still developing beneath their gums.

Is fluoride in drinking water safe?

The fact that fluoride is a potentially poisonous substance makes many people nervous about the thought of having it in their tap water. Yet the amount of fluoride that can be added to water is carefully regulated by the government, so as not to exceed the medically verified safety level of 4.0mg/L.

Below that level, fluoride in drinking water is not only safe, but highly beneficial. That's why nearly 75% of community water systems contain some degree of supplemental fluoride.

Does bottled water contain fluoride too?

Bottled water that is labeled as being either distilled, purified, or de-ionized has gone through a treatment process to remove all but trace amounts of fluoride. If additional fluoride has been added to such water, it will be clearly labeled on the bottle. Bottled water from natural sources--mineral springs, for example--may contain some degree of naturally occurring fluoride. These levels are regularly monitored so as to comply with limits designated as safe by the FDA. 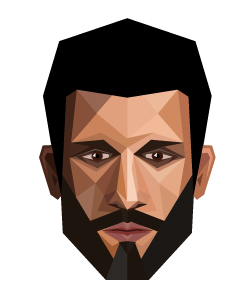 Do you remember the last time you were really proud of the way your smile looked? I used to feel like I could smile confidently, and then I broke a few of my teeth during a bad car accident. I realized that I needed to find a great dentist who could help, and I was able to find an incredible dental practice in my city that could help. I worked with them to have my teeth repaired, and it was a really great feeling to see how much better my teeth were looking. Now I can smile confidently, and it has changed my entire life. Check out this blog to learn more about finding a great dentist.